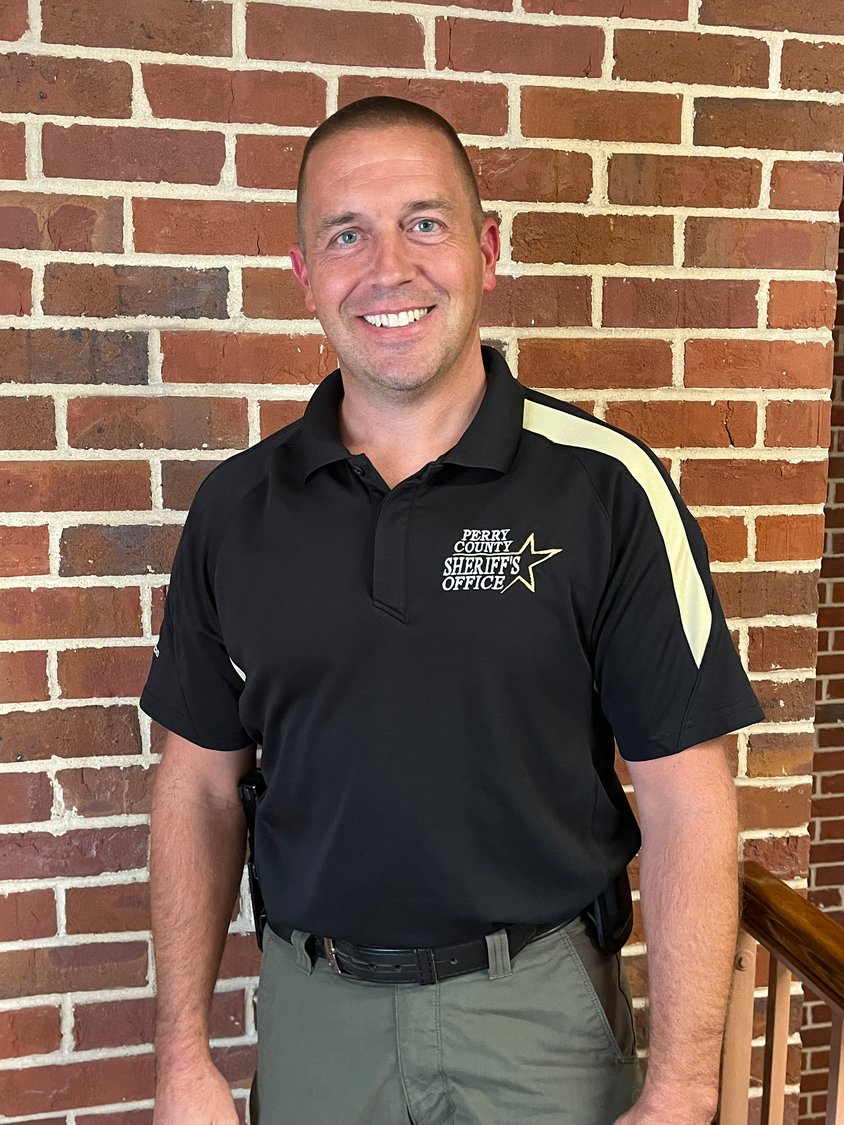 With the resignation of sheriff Gary Schaaf on September 30, Perry County Detective Jason Klaus is currently serving as chief managing officer for the Perry County Sheriff’s Department.
Missouri statute says that in the absence of an elected sheriff, the county coroner is the elected official who assumes the role of sheriff. William Bohnert is the current coroner for Perry County and was first elected to office in 2016 after a lengthy career in law enforcement.
Bohnert submitted a letter to the Perry County Commission last Thursday during their regular session meeting, prior to Schaaf’s midnight departure, advising Detective Klaus; a 26-year veteran of the department, would be the most logical choice to assume managerial responsibilities to ensure continuity of operations.
Perry County Presiding Commissioner Mike Sauer said he was confident in Klaus’s ability to oversee daily operations of the department while the commission continued to review applicants who wish to serve as sheriff for the remaining two years of Schaaf’s term of office.
“Klaus managing the department gives us time to be thorough and vet qualified candidates to serve as sheriff through 2024,” Sauer said. “We are also seeking the recommendations from both the Republican and Democratic Central Committees of Perry County on who they would like to see fill the role, as well as gathering input from sheriff’s department staff and other law enforcement agencies.”
According to Missouri statute Sec. 105.030.2, “when any vacancy, occurs or exists in any county office, the county commission shall no later than 14 days after the occurrence of the vacancy, fill the vacancy by appointment.”
The commission will be taking letters of interest and resumes of those qualified individuals who wish to fill the remainder of the sheriff’s current term that concludes on December 31, 2024, until Monday, October 10.
Applicant submittals must be delivered in person to the Perry County Clerk’s Office located at 321 N Main St. Ste 2, Perryville during regular business hours. Those interested in the position of sheriff need to be available for an in-person interview with the commission on October 13 during regular business hours. Telephone interviews will not be conducted.
To serve as sheriff, an individual must be able to meet the following requirements:


No felony convictions
Resident taxpayer and Registered Voter of the county
Resident of the county for more than 1 year before filing for office
Capable of efficient law enforcement
Has a valid peace office license at the time of filing for office
Citizen of the United States
Resident of the state 1 year next preceding election
Is not delinquent in the payment of any state income taxes, personal property taxes, municipal taxes, real property taxes on the place of residence as stated in the declaration of candidacy
Is not a past or present corporate officer of any fee office that owes any taxes to the state