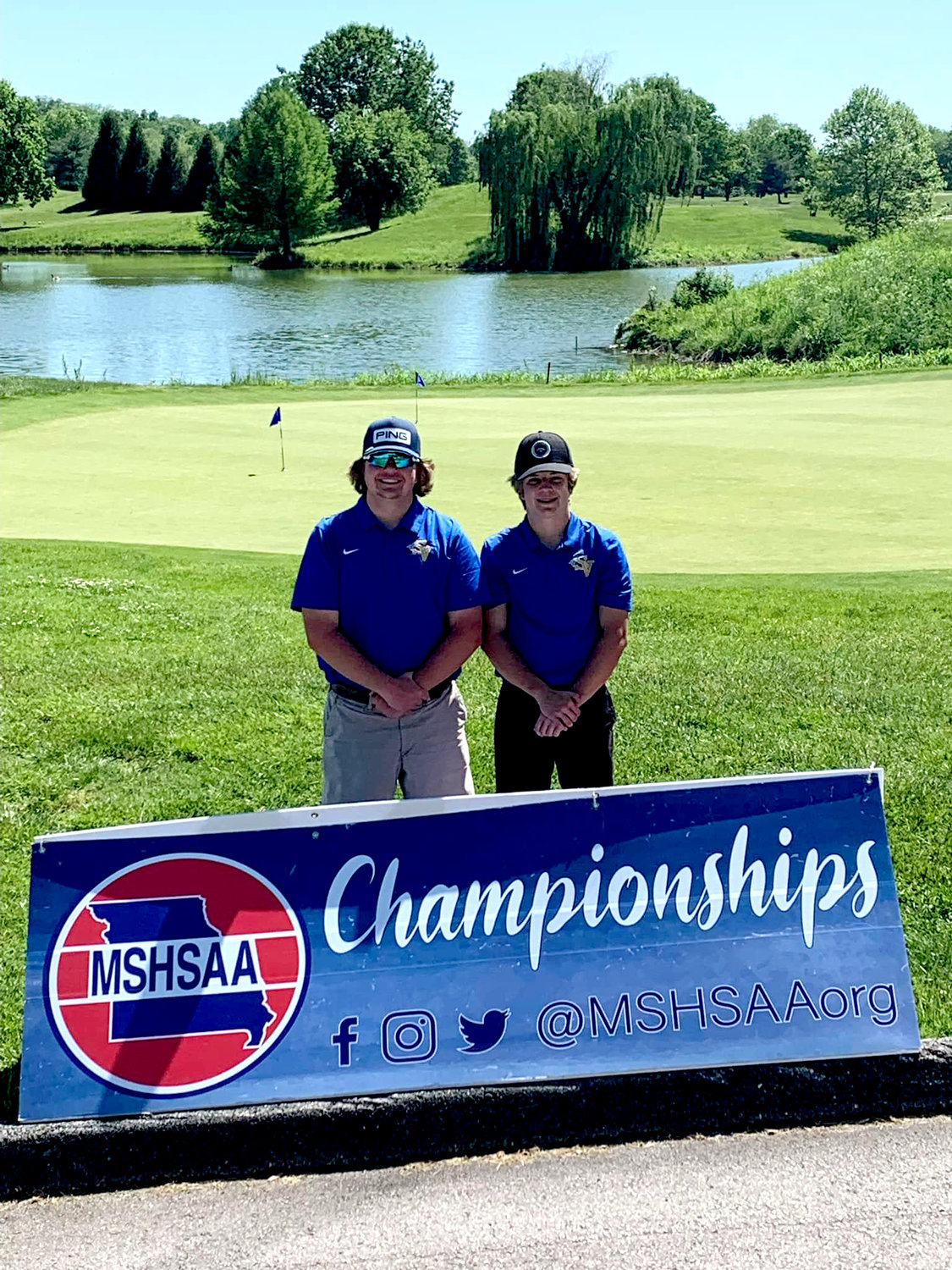 The pair of Indians made the most of their time at state.
Sophomore Payton Strattman finished 30th overall, and senior Noah Anderson finished 51st in the Class 1 state meet on Tuesday at Rivercut Golf Course in Springfield.
“I thought they both played very well,” St. Vincent golf coach Tim Schumer said. “They both represented St. Vincent well at the meet and I couldn’t be any prouder.”
The state meet is unlike any other meet during the regular season. The competition is a two-day event, where golfers play a total of 36 holes.
“It’s definitely a mental test,” Schumer said. “It’s a lot to make sure that you’re mind is in the right spot to play that many holes in two days. It can be a grind.”
It didn’t seem to affect Strattman who shot a two day score of 178. He shot 89 both days, which Schumer said is right up to par with how he played all season. “Payton was probably our most consistent golfer all year,” Schumer said. “He performed just how I thought he would. He had a great meet to end the season.”
The finish was six strokes better than Strattman’s performance at state last season when he shot 184 to finish 45th in 2021 in his first trip to state.
“You could tell that Payton played a lot of golf to get better for his sophomore year and to improve on his scores.”
Anderson finished with a 194, where he shot 99 on day one and 95 on day two.
“Noah came out and had the ball go his way a little bit more on day two and I was glad he was able to improve on his score.”
Schumer noted that Anderson has been the team’s fearless leader being the only senior on the roster.
“He had a really positive attitude and helped the younger kids along at points this year,” Schumer said. “Going to state for the third time is a great accomplishment and a great way to end your career.”