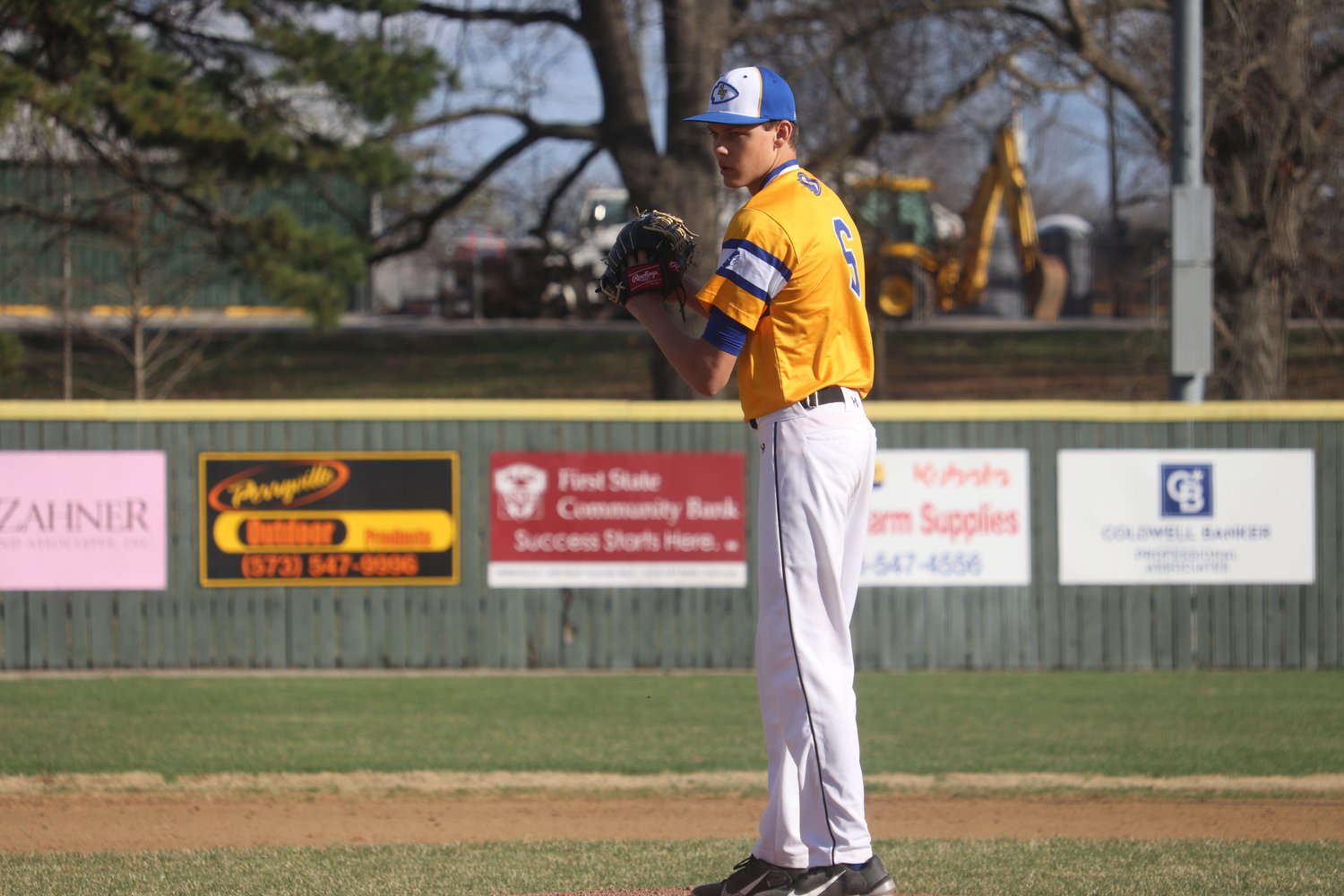 The St. Vincent baseball team received recognition this past week. A total of seven players were named to the Jefferson County Athletic Association-small school All-Conference team, when honors were announced. Blake Monier was the only St. Vincent player named to the first team, when he made it as a pitcher for his performance on the mound.
Monier was the ace of the Indians’ staff as he led the team in most pitching categories.
The junior went 6-1 with a 2.45 earned run average with 36 strikeouts and 10 walks this season.
Christian Schaaf (infield), Kaden Kassel (outfield), and Trevor Moonier (utility) made the second team.
Schaaf led the Indians with a .395 average, with three doubles, 10 runs scored and 10 RBI. Kassel hit .326 with 12 runs scored and five RBI this season.
Moonier led the team in several categories including runs scored (18), stolen bases (14) and home runs (2). Moonier hit the only home runs for St. Vincent this season.
Lucas Schilling (infield), Jacob Kapp (infield) and Liam Krauss (outfield) were named honorable mention.
Schilling hit.318 with four doubles, seven runs scored and seven RBI this season.
Krauss led the team in walks (18) to go with his 14 runs scored and six RBI this past spring.
Kapp hit .279 with 11 RBI and 10 runs scored this season.
All-District
Four players made the Class 2, District 4 All-District team as Schaaf, Schilling, and Krauss made the first team, while Monier was named honorable mention. The Indians went 11-7 this season and fell to Crystal City in the district championship game.