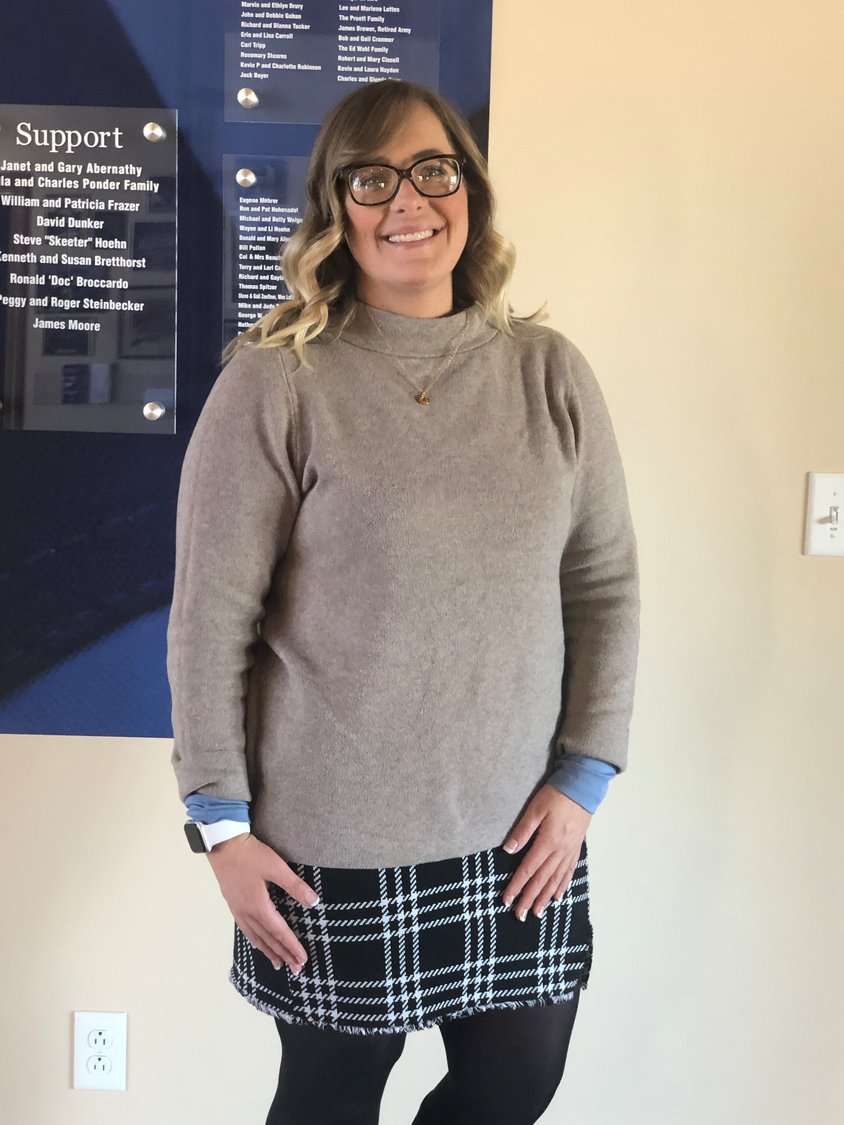 Missouri’s National Veterans Memorial is a very popular spot for residents of Perry County, the surrounding area and even for people who are from out-of-state.
There is now a new leader who wants to take the memorial to new heights.
Rae Lynn Munoz was named the Executive Director Nov. 14 as former director Nancy Guth transitions into retirement.
“I am confident and excited to see where Rae Lynn’s leadership takes MNVM in the future,” Guth said
Munoz, a Marine Corp veteran herself, said that helping veterans is a passion for her which she hopes to grow as director.
“I’ve seen through generations with my friends and family just what those heroes are and what they mean to this country,” she said. “To help those kinds of people in my civilian career is something I’ve always wanted to do.”
Missouri’s National Veterans Memorial brings in hundreds of thousands of people per year who attend ceremonies, events, and just visit to see it and undergo part of a healing process. Munoz hopes to build on the foundation that was set before her.
“My main focus is to bring future projects to light,” Munoz said. “What they already have here is nothing short of amazing. The foundation that the board and Nancy have created is something spectacular and I’m ready to bring it to the next phase.”
Some of those future projects that Munoz hopes to complete are PTSD monument, a veterans cemetery, expanding the museum and different exhibits, and continuing to grow collections.
Munoz noted that she spent an afternoon at the memorial recently and saw first-hand how the memorial impacts the lives of those who visit.


“Hearing the impact that it has on some people, loved ones, and other civilians is breathtaking,” she said. “There is a piece of someone here and they find that, and it creates a healing that many of them need.”
Even in her short tenure, Munoz is astonished with what she has seen of the memorial already, especially during the memorial’s weekly veterans breakfast.
“There is one thing we tend to forget,” Munoz said. “We have many organizations that support veterans, PTSD, and the women of the military. However, what brings everyone together is that comradery and building those relationships. Seeing those veterans with like-minded individuals and seeing their interactions is great. We forget as a society that we did not honor our veterans well and now we have turned that page and welcoming them home and building memorials like this in their honor.”
Munoz spent eight years in the Marine Corps. (four active, four in the reserves) and was stationed mostly on the west coast at Camp Pendelton and 29 Palms in California and her greatest take away was structure and stability.
“I wasn’t ready to commit to go to college, so I went to the Marine Corps. and when I looked at all the branches, the Marines looked to be the most challenging and that’s what brought me there,” Munoz said.
She believes it can help her in her new role in Perryville.
“My greatest professional accomplishment was earning the title of United States Marine,” Munoz said. “It has helped me in everything I have ever done,” Munoz said. “My background is in municipal government, higher education, and non-profit work. I would not have gotten to where I am today without the foundation that I earned in the United States Marine Corps.”
Munoz, 35, also sees her age will help her as well.
“The director for these memorial wears multiple hats,” she said. “I don’t feel like I’m too young, but being a veteran myself I can relate to those who come in and help with whatever they need.”
Munoz has not only seen Perry County’s pride in the military at the memorial, but throughout the county as well.
“I explored a little of the city and I have seen a good outreach and community base,” she said. “It’s nice to see that and I’m excited to be a part of that and bring to light the vision they have here.”