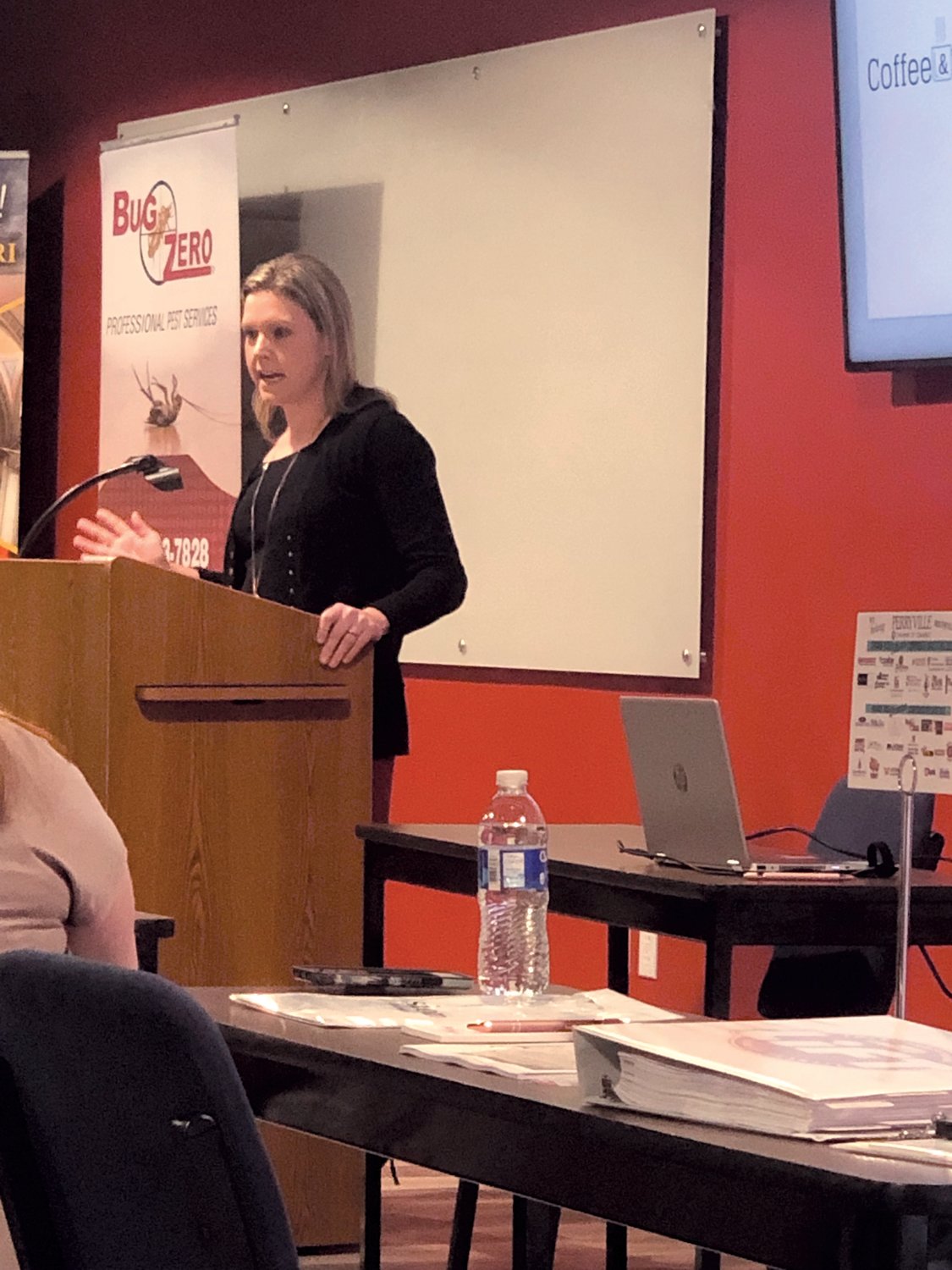 There was light shed on a program during the Coffee and Connections event at the Catalyst Center For Business on Nov. 9. Director of Operations with Southeast Missouri Transportation System Ginny Smith explained the need for the LIFT program in Perryville.
“We offer public transportation in Perryville. However, our bus is usually viewed as the old people bus,” Smith said. “It’s certainly not attractive to certain demographics.”
Smith said her findings have shown those in the 18-59 year-old demographic have the biggest transportation need. She explained how the LIFT initiative would be different than the demand and response model of SMTS.
The program will offer a deviated fixed route, which is a combination of a fixed route and demand response service model. This process uses pre-determined timetables but often deviates from the route, up to one-fourth of a mile from the regular route. Those non-scheduled stops require a 24-hour notice.
Smith noted that there is a planned route throughout Perryville for the bus to take but realize it is subject to change.
“This route will probably change about 50 times between now and what it will actually be,” Smith said. “We look for right turns, traffic delays through school months, and other things to come up with an efficient route.”
The plan for the program is to have a pilot in spring 2022 with the help of a grant, but before that there will be a real-world application from Dec 6-23.
The bus will run from 7 a.m.-5 p.m. Monday-Friday to see how the system works for the residents of Perry County. The bus is not capable of picking up people with mobility issues as the driver never leaves his seat and riders are only allowed to bring things on the bus that they can carry.
“LIFT will operate free during this demonstration,” Smith said. “The bus has to stay on time. If we advertise that we will be at the health department at this time, we have be there within a few minutes.”
Smith understands that the biggest obstacle for LIFT will be education of the program.
“In the last three minutes, I have used words that some of you have never heard before,” Smith said. “How do educate the people of Perry County who are not used to public transportation? That’s our challenge.”
There is one 12-passenger bus currently with $3 per day for unlimited riding.
“That’s cheaper than a gallon of gas right now,” Smith said.
However, that will not cover all the costs associated with the program. For SMTS, it costs an average of about $30,000 a month to operate a bus.
“Even at $3 per day per rider it’s only a fraction of the cost,” City Administrator Brent Buerck said. “It may require the help of businesses whose employees use the service to help them get to work, or government agencies as well.”
For Buerck, LIFT is a last-ditch effort to bring public transportation to Perryville.
“We have exhausted all options,” he said. “Short of this, public transportation will remain non-existent in Perryville. Whether you don’t have a car, or your one mode of transportation is in the shop, it really puts those people in a pinch. We hope LIFT can help those types of people.”