Indians use defense to move on to title game 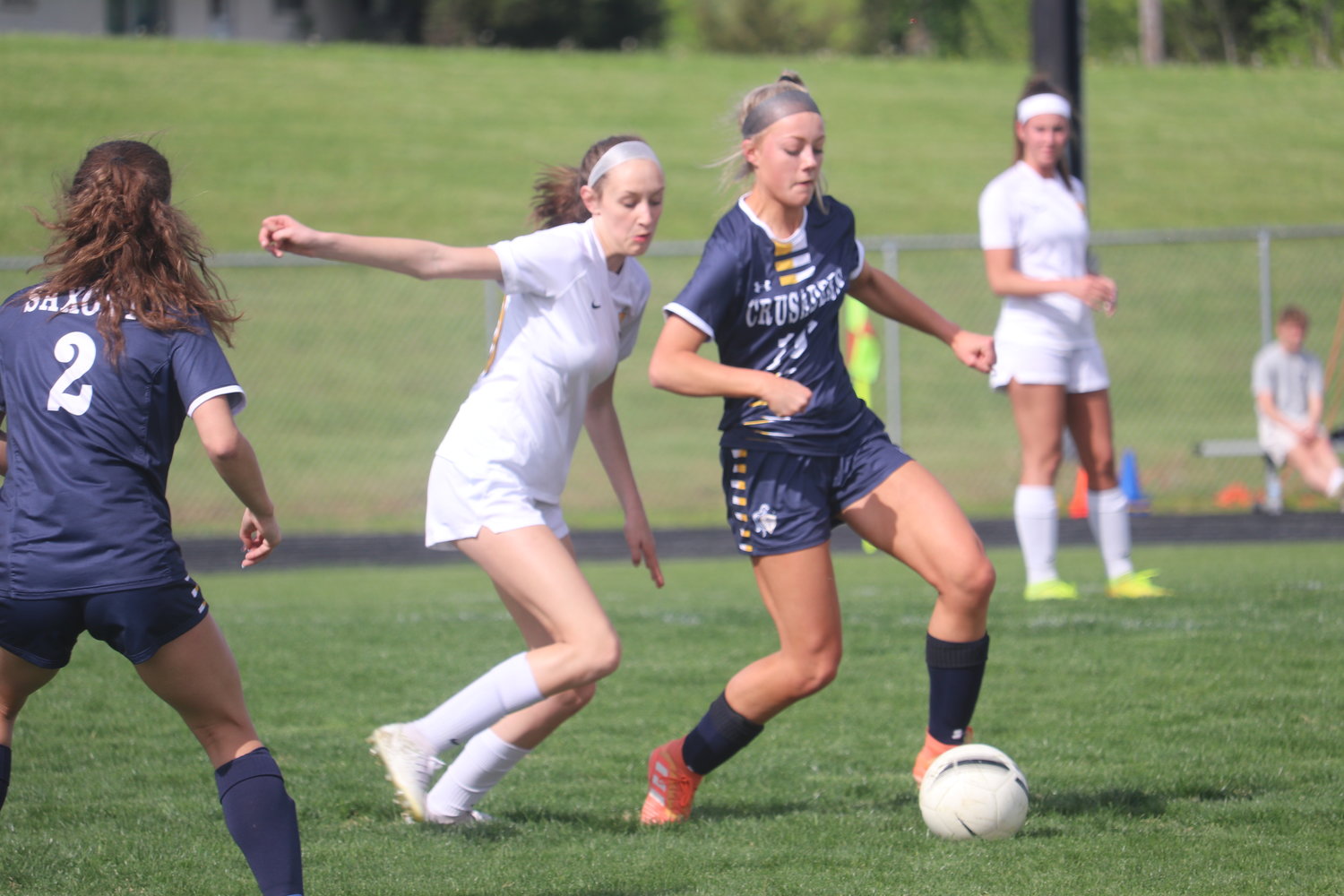 St. Vincent girls soccer will have a chance at another championship this season. The third-seeded Indians shut out second-seeded Mehlville 1-0 in the Class 3 District 1 semifinals at Cape Central High School to advance the program’s fifth straight district title game, which spans two classes.
The victory was revenge of sorts for a 5-1 loss to Mehlville on April 7 in the Windsor Tournament.
Freshman Abigail Schilling scored on a throw-in, in the 14th minute of the game, and St. Vincent’s defense held up from there. That has been a trend in the later parts of the season as the Indians have won 11 of their last 13 games since falling to Mehlville in April. The only losses have come at the hands of the Notre Dame and Jackson.
Those wins included clinching the Jefferson County Athletic Association conference title with a 2-1 overtime victory over St. Pius May 11.
St. Vincent (13-9-1) attempted to win its second straight district title in Class 3 when it took on Notre Dame-St. Louis on Wednesday.