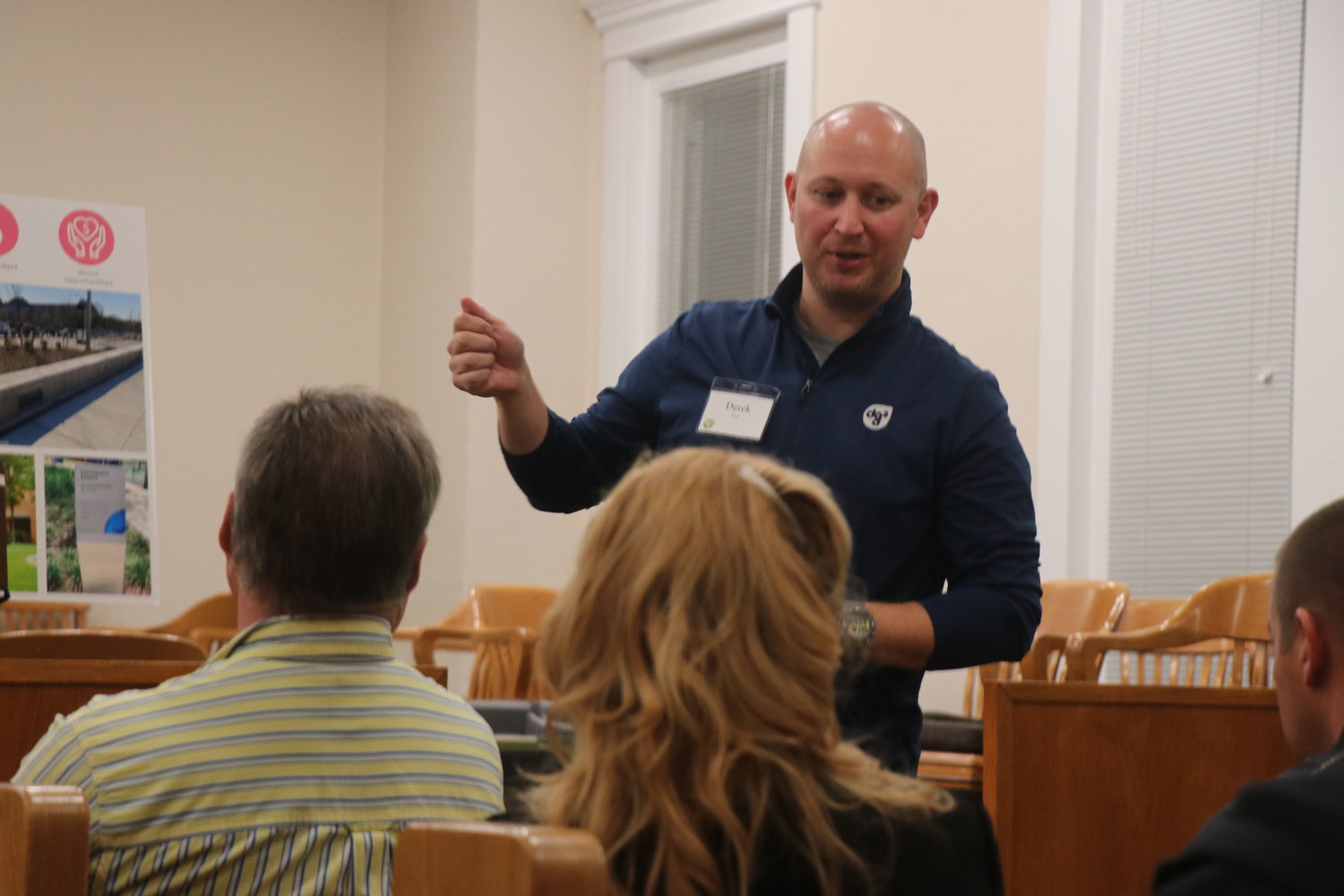 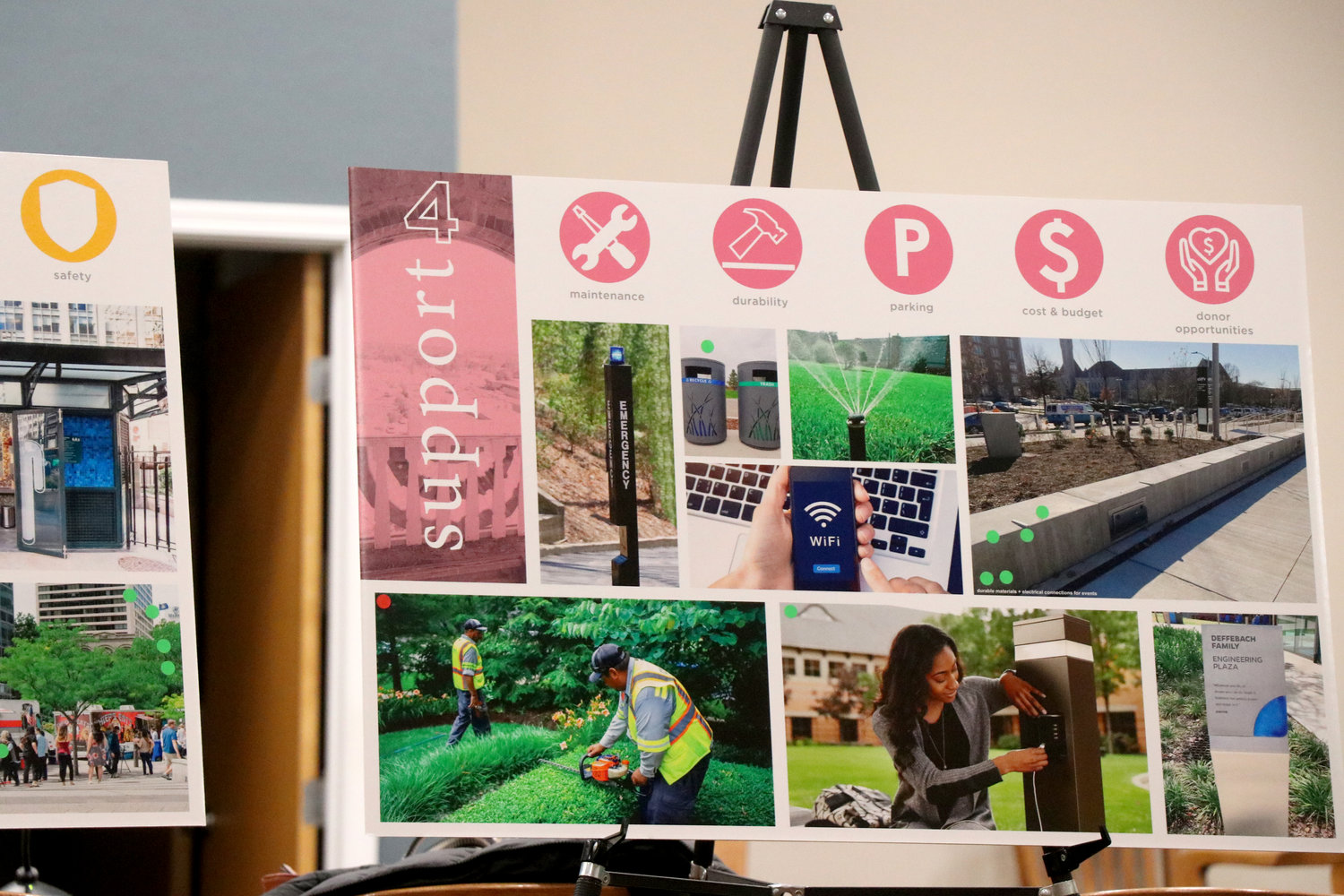 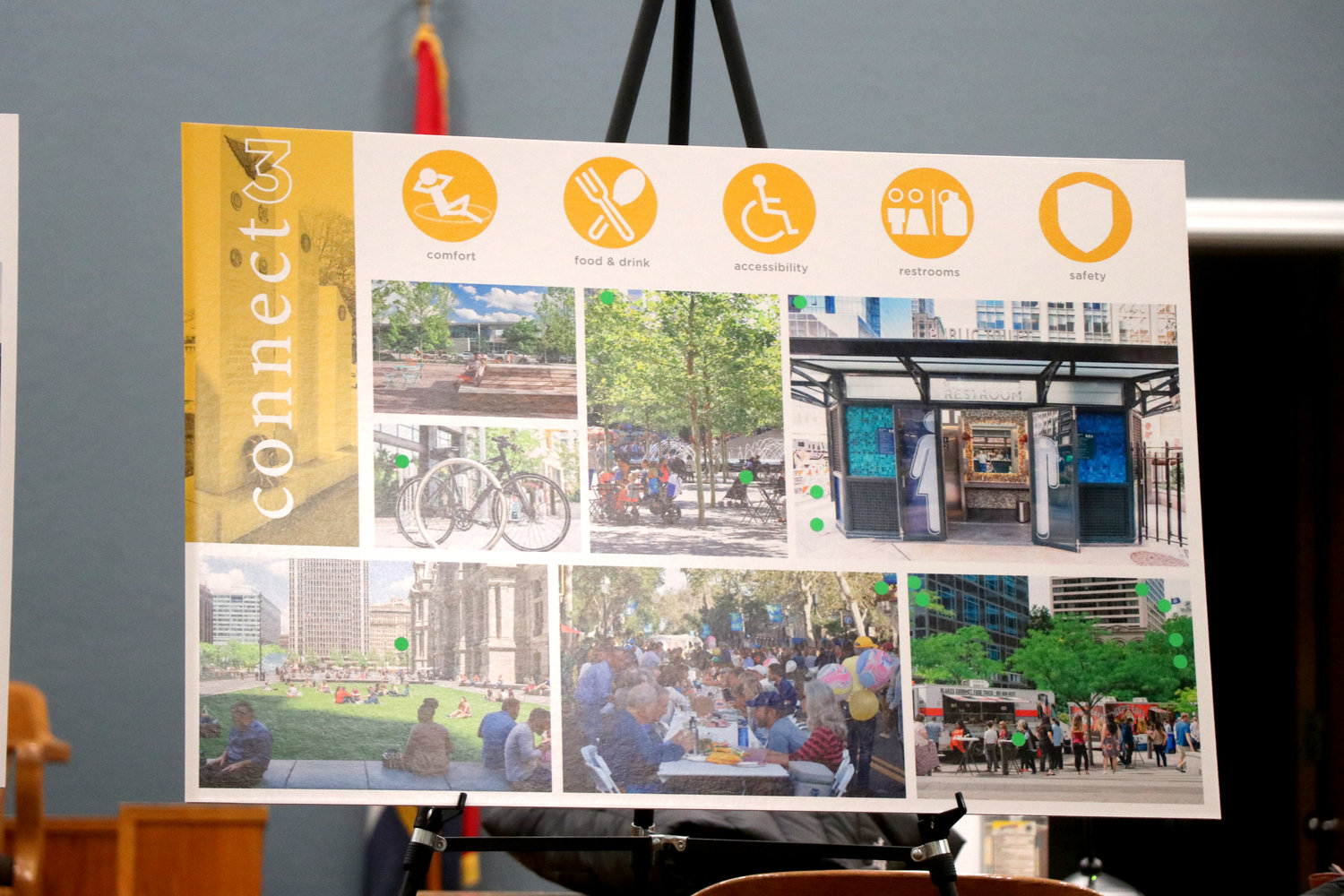 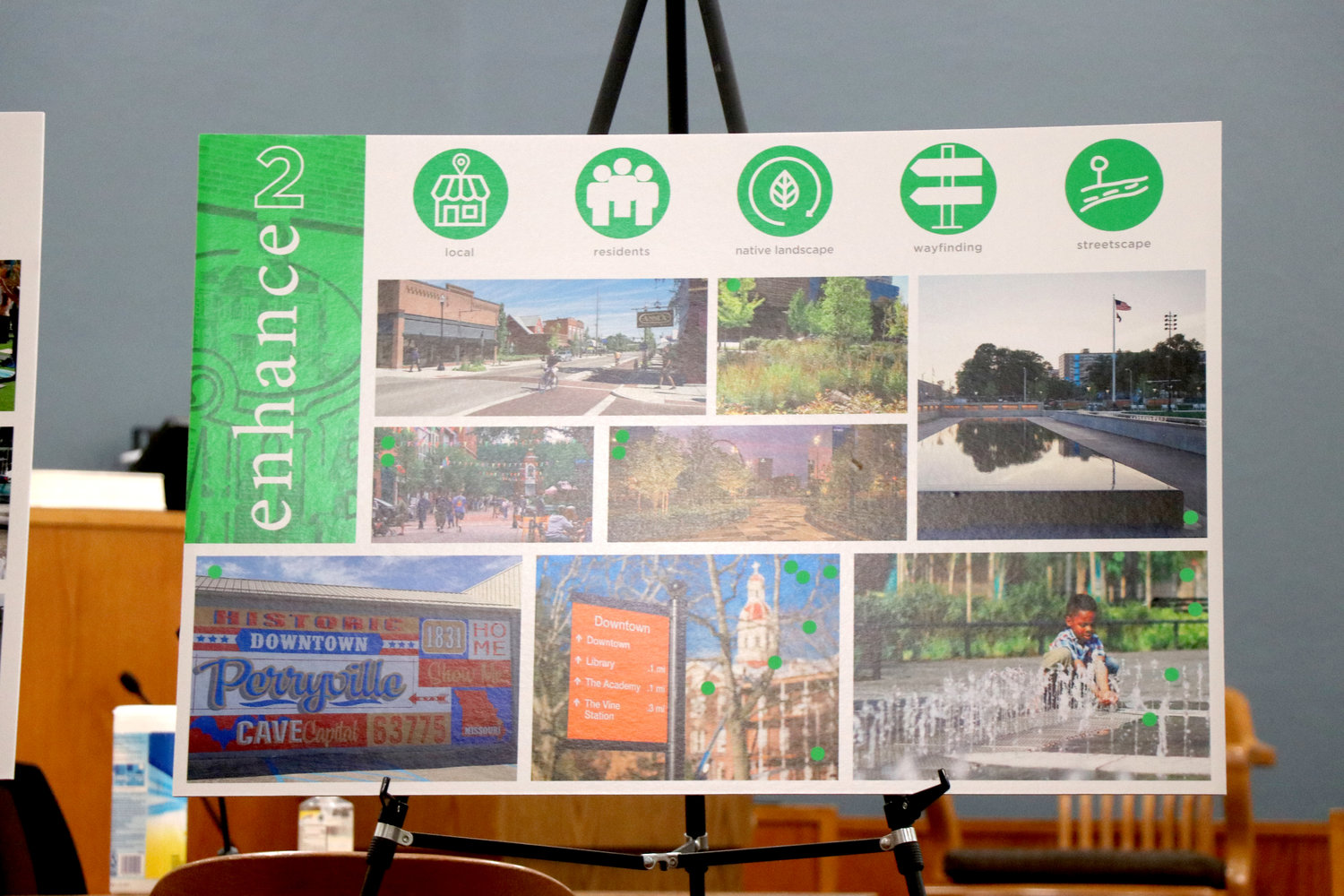 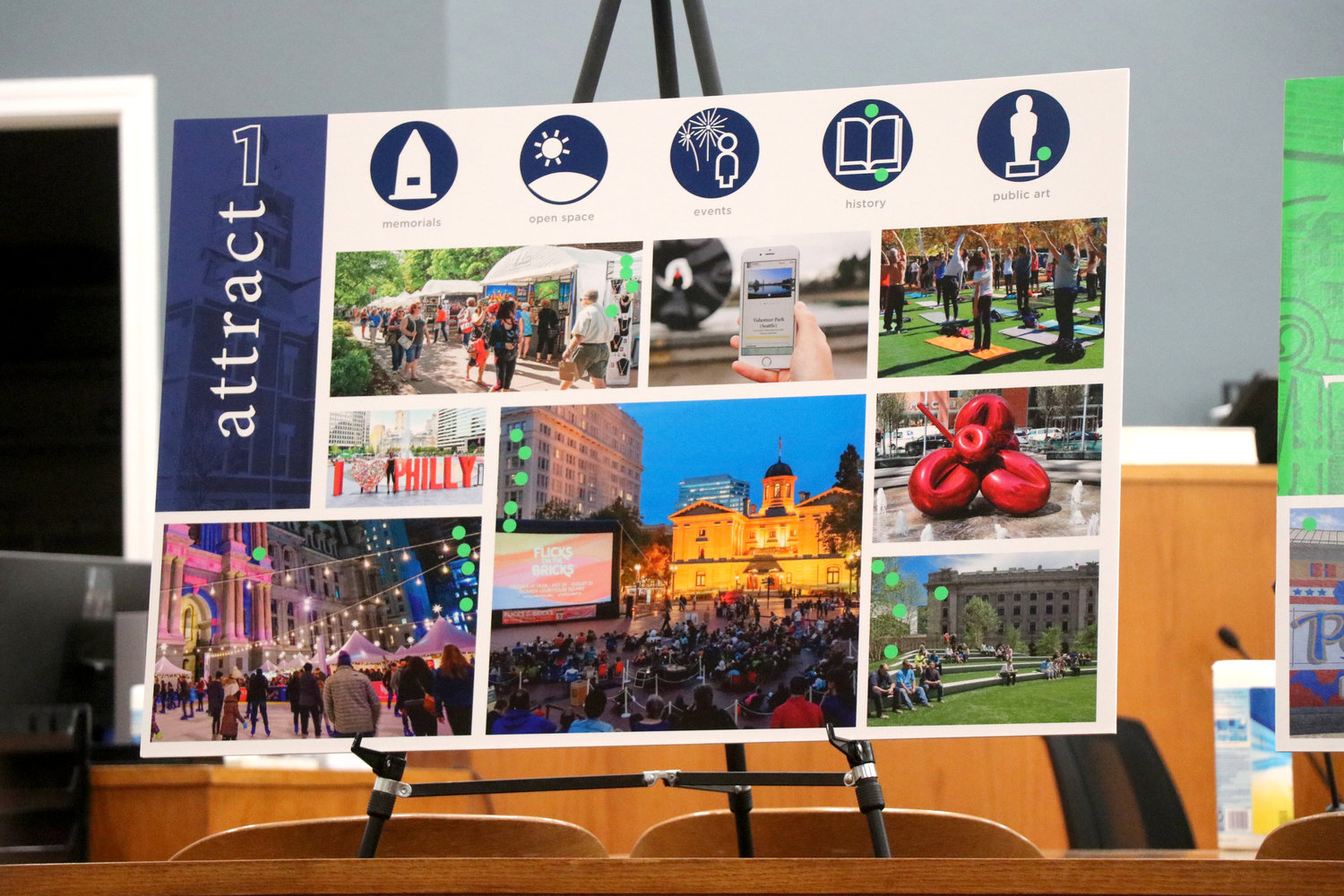 Previous Next
Posted Tuesday, November 22, 2022 11:54 am
By Justin Hotop
jhotop@perryvillenews.com

Perry County officials and residents finally got first-hand look at some general concepts and ideas put on paper on just what the Courthouse Lawn Master Plan might look like.
A public meeting was held and a brief presentation was given Nov. 16 at the Perry County Courthouse by DG2 Design Landscape Architecture, the firm in charge of the project.
“This is the portion of the project where we are gathering information and then putting all those different ideas into our toolbox and then turn them into concepts, once we’ve heard what is important.” Landscape Designer Derek Don said.
Don noted that he and his team have goals with the project.
“Ultimately it’s about improving the visitor experience and respecting and promoting the county’s history, which is something we heard again and again from the county’s survey results,” Don said. “Something that is important to us is that we reflect the character of the community.”
Perry County Clerk Jared Kutz released approximately 8,500 surveys in October to county residents and businesses asking people what could be improved, if anything, as it pertains to the Perryville Courthouse lawn. There were roughly 250 surveys returned.
“We have several hundred responses and 30 percent are saying that it is fine just the way it is,” Kutz said. “That means that 70 percent of the community think it can be improved. That is the happy medium that we are trying to find.”
Some of the survey results included 150 people who responded have lived in Perry County for more than 30 years, more than 50 percent of responses are visiting the square every day and 80 percent are coming at least once per week, a majority of the responses say they come to the square for Mayfest, Rocktoberfest, Moonlight Madness and Christmas on the square.
DG2 will use those responses to craft the perfect “vision” for the Courthouse lawn.
“The Courthouse is on the county logo and instills a sense of pride for the people of the county,” Don said.


Many of the comments centered around more seating around the Courthouse, some of the events are disruptive to traffic, and one side of the square is too steep to enjoy and over 75 of responses said the grounds need improvement.
“That’s really why we are here,” Don said.
Don also highlighted maybe his favorite response of “Perry County doesn’t like change, so good luck.”
“I take that as a challenge,” Don said. “Hopefully we come up with something that most will like.”
Some positive responses included, the lawn is an enjoyable and the memorials to the different military members are something Perry County should take pride in, and the lighting of the building which highlights the historical building.
“We want to make sure we are respectful to those and what they are about,” Don said. “We may want to better organize those and put more of a focus on them.”
There were also many responses which highlighted the need for certain water features.
Don took all the suggestions and boiled them down into four categories: attract, enhance, connect, support.
“The plan is to take the ideas and incorporate them into the concepts we come up with,” Don said.
DG2 will take December and January to come up with concepts and then have another public meeting in February and display the ideas for Perry County to see.