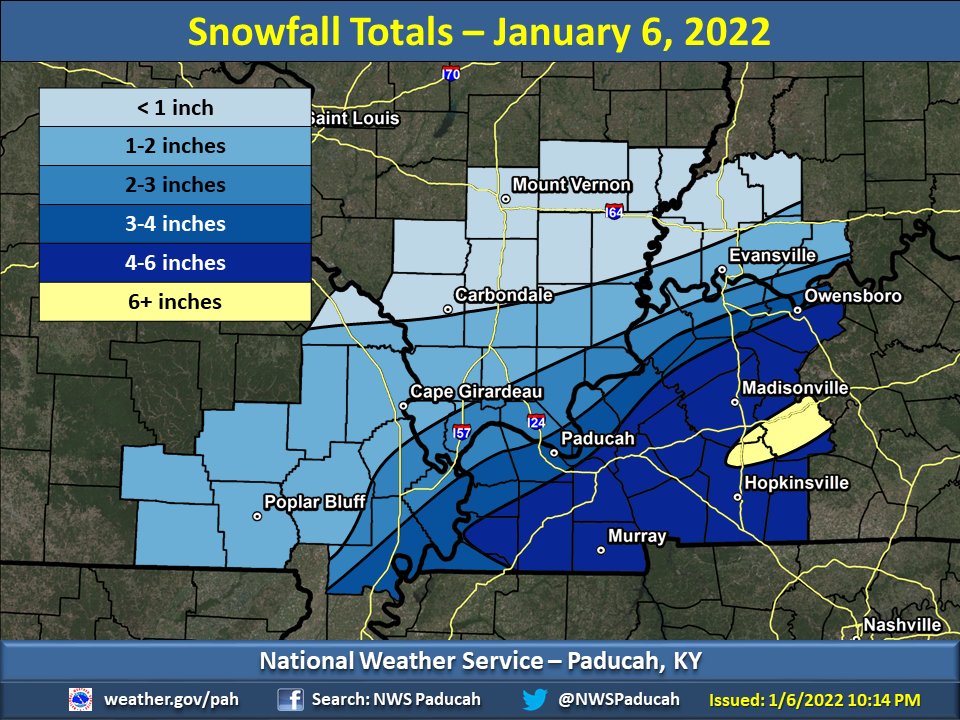 It wasn’t enough to completely blanket the grass and likely not enough to construct a snowman (though a couple were spotted, one on North Street close to Willow Pond and another on Oak Street), but the snow that arrived early Jan. 6 did cancel in-person learning at local schools.
The northern portion of the county got less than an inch of snow. Much of southeast Missouri received one to two inches of accumulation while the heaviest snow fell in western Kentucky, which had more than four inches in many places.
District No. 32 cancelled in-person class for Friday, Jan. 7.
Amounts tapered off farther north and west, with 1 to 2 inches common in southeast Missouri, according to the National Weather Service. A volunteer weather observer reported one inch of snow in Perryville as of 6:30 p.m. Jan. 6.
The official snowfall total in Paducah was 3.6 inches. The most snow fell near Central City, Ky. in Muhlenberg County, which reported 6.5 inches.
Last winter, the first measurable snowfall for Perry County occurred in Dec. 16.